When the Charlotte Hornets took the floor to face the New York Knicks on Wednesday night at5 the Spectrum Center they did so without guard Malik Monk. Monk has been suspended indefinitely for violating the NBA's anti-drug program. Hornets' head coach James Borrego addressed the media about the on-going situation ahead of tonight's game against the Knicks. The league originally announced the suspension Wednesday but did not disclose details of Monk's violation. The Hornets app

When the Charlotte Hornets took the floor to face the New York Knicks on Wednesday night at the Spectrum Center they did so without guard Malik Monk. Monk has been suspended indefinitely for violating the NBA's anti-drug program. Hornets' head coach James Borrego addressed the media about the on-going situation ahead of tonight's game against the Knicks. The league originally announced the suspension Wednesday but did not disclose details of Monk's violation. The Hornets appe

Charlotte Hornets guard Malik Monk has been suspended indefinitely for violating the NBA's anti-drug program. Hornets' head coach James Borrego addressed the media about the on-going situation ahead of tonight's game against the New York Knicks. 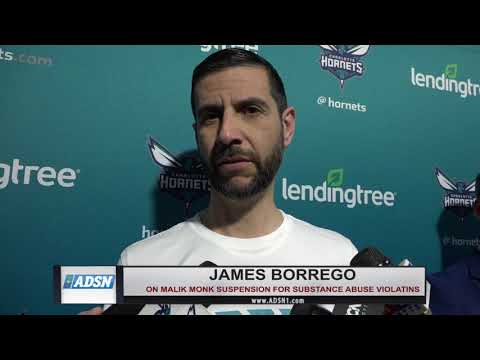 The NFL Combine is underway and coaches are busy looking for the next breakout player. That includes Carolina Panthers first-year head coach Matt Rhule. In a recent press conference, Rhule gave an update on the status and outlook on Cam Newton being back as a part of the team's rebuilding process. "I think he's doing a great job ...we have to make sure we're doing our part as we try to get him healthy for the 2020 season," Rhule said. While Rhule refused to discuss more in d

The Charlotte Hornets 3-game winning streak ended on Saturday night with a 115-86 loss to the Brooklyn Nets. PJ Washington led Charlotte with 16 points, 7 rebounds and 4 assists. Malik Monk added 15 points off the bench but the surprise of the night was Devonte Graham's performance. Graham was only able to muster 6 points and two assists in the losing effort. Head coach James Borrego, however, remained optimistic about his teams ability to be competitive down the stretch. "We

The Charlotte Hornets have a three-game winning streak going into tonight's game against the Brooklyn Nets. The team will be relying on their young locker room to collectively step up and lead the team to a fourth win at the Spectrum Center. Head Coaches James Borrego and Kenny Atkinson weighed in during tonight pre-game locker room media session. 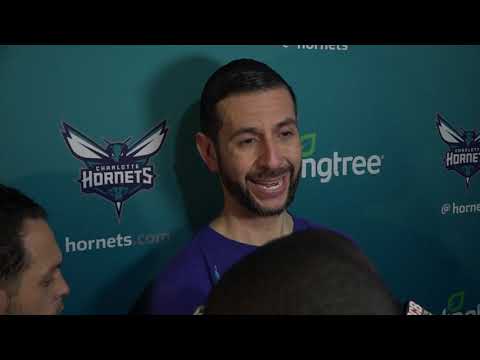 Former Carolina Panthers head coach Ron Rivera and wife Stephanie recently held, what will probably be their last community event in the queen city. The event which was held to benefit the Humane Society of Charlotte received a much needed boost of more than $30,000 from the sale Rivera's personal Panthers gear. The items were sold during a yard sale Saturday and included an autograph session with Rivera. Fans got some of their favorite items as well as those purchased autogr 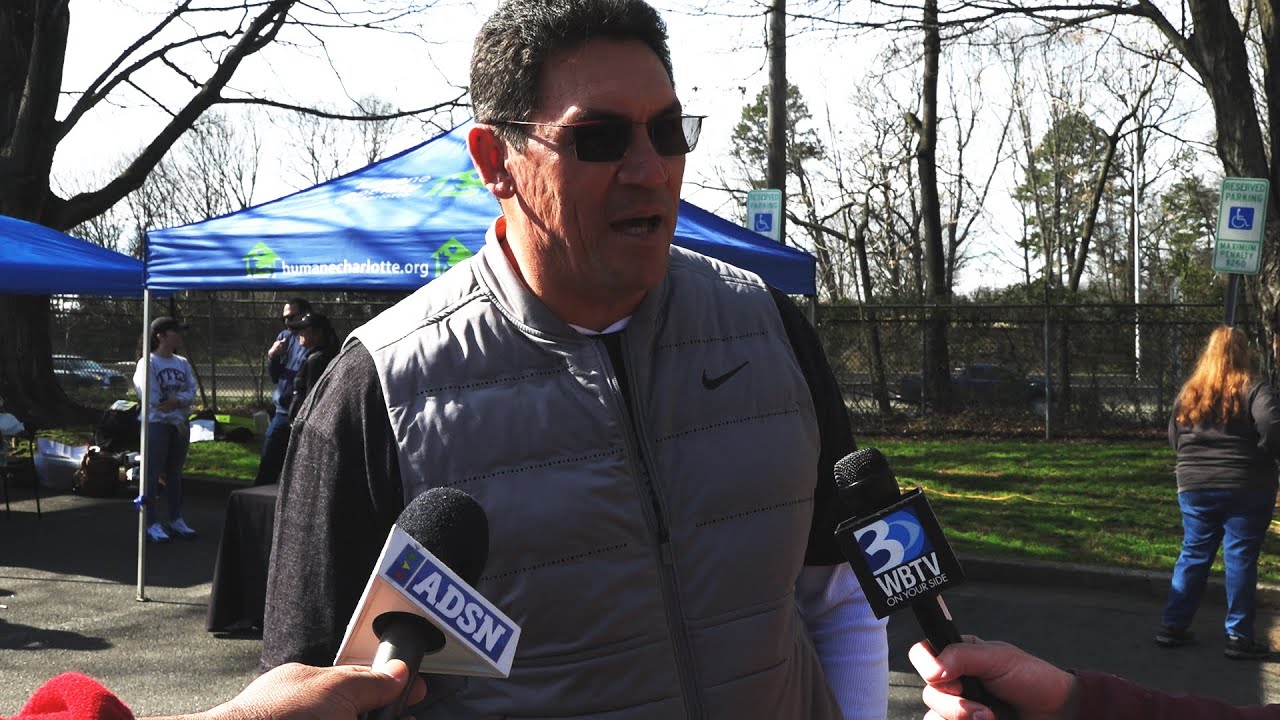 This week, Carolina Panthers owner David Tepper along with community partners the John M. Belk Endowment and Carolina Panthers Charities held an event at Bank of America stadium to help give local educators a boost. The 60 teachers invited to participate in the Funding “reveal event” were welcomed to the stadium with a blue carpet arrival followed by an opportunity to meet offensive tackle Taylor Moton who gave a “pre-game style” pep talk of encouragement as well as David Tep

On Saturday night, the Charlotte Hornets played one of their most lopsided games of the season that ended with a 116-100 loss to the Dallas Mavericks. And not even a visit from Carolina Panthers head coach Matt Rhule and offensive coordinator Joe Brady, who sat courtside, could motivate the Hornets in the first quarter. In a week where the Charlotte Hornets did not make any moves before the NBA trade deadline, things still manage to reach high temperatures with moves on the t

North Carolina A&T shook up the HBCU landscape this week when the university announced it is leaving the MEAC for the Big South Conference. The Aggies are the third school to leave the conference in recent years. Hampton University was the first to make the move from the historic Mid-Eastern Athletic Conference which was founded more than a half-century ago followed by Savannah State. The Aggies will become a Big South member on July 1, 2021, and begin competing in the confe

February 4, 2020 – In the following statement released by the Charlotte Hornets, team officials have announced Devonte' Graham will compete in the 2020 Mountain Dew 3-point contest during this year's All-Star weekend. The NBA today announced that Charlotte Hornets guard Devonte’ Graham has been selected to participate in the MTN DEW 3-Point Contest during State Farm All-Star Saturday Night, which will take place at the United Center in Chicago on Feb. 15 as part of the NBA’s

MIAMI GARDENS, Fla. — Before the start of the 2020 Super Bowl in Miami, the San Francisco Forty-Niners were not the favored team. By Las Vegas measurements, they were 1.5 point under dogs despite their dominance during the 2019-20 season. For the Chiefs, it was their first time in the big game since 1970, when they won their only previous NFL title. The Forty-Niners killer defense flipped the script and showed its teeth early on - stifling the Kansas City offense. Going into